Grit, Ambition and Compassion; What Makes Bharathi A Successful Entrepreneur Bharathi Kamath is a woman who wears many hats and embodies the phrase, “Why not?” in all that she takes up. More than an entrepreneur, Bharathi is an insatiably curious, fiercely independent, and doggedly gritty entrepreneur. She’s an unapologetically ambitious woman who has carved out a niche for herself in the entrepreneurial realm.

Her journey towards being the head of an upkeep firm began with sheer luck. After graduating in Economics and Political Science, Bharathi decided to pursue her flair of interior designing in Mumbai and worked for an architect. It was at that time that an ad in the newspaper caught Bharathi’s eye, and she interviewed for the position of housekeeping supervisor at Oberoi Hotel.

Her decision was frowned upon by some, but that wasn’t nearly enough to dither Bharathi’s appetite for the job. She learned the ropes and climbed the ladder in the hotel industry as a housekeeping administrator. Management training courses aside, Bharathi credits her knowledge and insight into the housekeeping business because she was asked to get her hands dirty and do the work herself at one point of time. They told us, “If you didn’t know what work the housekeepers did, how would you supervise them?” she says.

After 11 or so years of working at hotels, Bharathi pounced upon the chance for scoring outsourced housekeeping contracts from the various IT firms setting up shop in the up-and-coming IT hub that Bangalore was back then. She began her entrepreneurial journey with 2 people under her belt, burgeoning into a firm with a formidable staff of 3000 at some point in time. Losing two huge accounts in Bangalore prodded Bharathi to make some fundamental changes and diversify the business into a boutique facilities management firm offering a wide array of services and turning her business into a one-stop shop for the client.

Bharathi is a matron head of the family that is her firm, and when it comes to business, she expects no glitches. “I’m known for my iron hand,” she reminisces. But Bharathi’s strength does not lie in her iron grip over the business. Its source is the emphasis she puts on the quality of work, the people who do the work and the relation she forms with them. “I’ve had people working for me for more than 10-12 years, and one of my clients has been associated with us for over 22 years now”.

Numbers don’t hold significance for her. It’s the people and the quality. “I’m constantly trying to improve the quality of our work by upskilling the staff that I employ. It also helps them gain upward mobility since they can then move to managerial positions.” Beneath the no-nonsense patina of the entrepreneur lies a maternal instinct to nurture the growth of the employees who work for her. Bharathi has kept her ties with her roots even after scaling commanding heights, because she knows that “It’s not I or the managers who make this business, it is the workers”.

A good leader is one who takes great steps and leaps. A great leader is one who can accept the steps and leaps they missed, and work on them. “I accepted that I did not adopt technology when it boomed. I didn’t adapt to the change easily. I didn’t reckon that. But I’ve learnt that constant evolution is a necessity in this business, and I’m doing that now” Bharathi says.

She joined the Growtherator programme in order to learn and hone her sales and marketing strategizing skills, and digitally integrating the whole process is a step she’s taken. “There’s something to learn about every day.” But other than just networking, the programme has brought about a paradigm shift in her perspective of viewing the business altogether, especially when it comes to growing her firm.

The pandemic has slowed Bharathi, but not failed to halt her completely. The firm utilised this time to streamline and better their waste management strategy, researching on efficient cleaning techniques and upskilling the workforce with the new norms for cleaning.

Other than that, the firm has taken a crucial step in prioritising its workers. “Our housekeeping staff works at par with frontline workers. They ensured the client that when employees returned to the office, they wouldn’t be at risk. And it was our, the management’s duty, to listen to the staff, take feedback, ensure our workers’ physical and emotional safety and pay heed to their needs. People and companies cannot take these workers for granted anymore.”  The immediate future might not be very encouraging, but things should start looking up after August or September, and Bharathi is preparing for that time.

Bharathi started at a point when female entrepreneurs were not to be found easily, but as she puts it in her own words “Once I started, I started believing that I could do it. Why not?”

Age is just a number to Bharathi and she has no plans to stop anytime soon. Rather than her running this business, she says this business has supported her, and without this she would’ve not made it through. She doesn’t plan on selling the company, rather, she wants it to exist as her legacy. “Many people think what I do is a mundane service, but I don’t care. Hygiene and cleanliness are very important. Also, I’ve made a multi-fold impact on several people. I’ve tried to provide women a dignified form of employment and some measure of social empowerment outside and even within their homes. I want it to run in this manner even when I’m not here.” 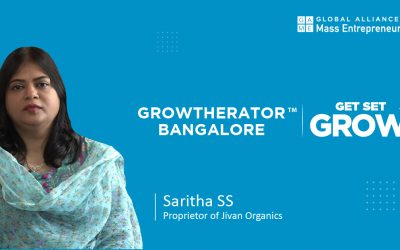 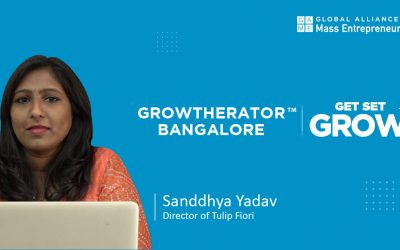