Since the launch of GAME in August 2018, we have been forging a variety of partnerships in the pursuit of our goal of catalysing 10 million Mass Entrepreneurs by 2030. Over the last nine months, apart from having a core team in place, Team GAME has visited over 15 on-ground partners and partner projects including Going To School, DeAsra, Lend A Hand India, Pune City Connect, Meljol among others. We made policy recommendations to both the Congress and BJP and signed MOUs with Transforming Rural India (TRI) and the district administration in Ranchi.

GAME has been involved as Delhi Govt. begins Entrepreneurship Curriculum in 1000 schools; We have set-up a Sec 8 Company (with FCRA) and excitingly have our Advisory Board in place – our first members on-board include Ms. Anjuly Chib Duggal (Former Secretary, Dept. of Financial Services, Govt. of India), Mr. Ajit Rangnekar (Director General at Research and Innovation Circle of Hyderabad) , Mr. Debashish Mitter (Country Director –India, Michael and Susan Dell Foundation) Ms. Bhairavi Jani (Founder and Chairperson, IEF), Mr. Kuldeep Dantedwadia (Co-Founder and CEO, Reap Benefit), Mr. P.G. Raghuraman (Director, Junior Achievement India Services) and Mr. Murali Ramachandran (Director, Junior Achievement India Services). In April, we launched the most in-depth Study on Indian Mass Entrepreneurship to date- this is live on our website with details below. We announced a partnership with Facebook and the collaboration was launched at the Mass Entrepreneurship Roundtable in New Delhi on 16th April 2019. While we are excited by the developments over the last few months, we have already moved into our next phase of action and as defined by our core design principles, we will continue to be agile in both thought and action and look forward to sharing more exciting updates as the months unfold. We thank each one of you for continuing to show support and being an integral part of catalysing Mass Entrepreneurship in India.

We are delighted to have a contribution by Arun Maira (Former Member, Planning Commission) in this month’s newsletter. 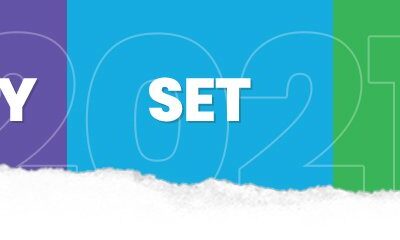