Since the launch of GAME in August 2018, we have been forging a variety of partnerships in the pursuit of our goal of catalysing 10 million Mass Entrepreneurs by 2030. Over the last nine months, apart from having a core team in place, Team GAME has visited over 15 on-ground partners and partner projects including Going To School, DeAsra, Lend A Hand India, Pune City Connect, Meljol among others. We made policy recommendations to both the Congress and BJP and signed MOUs with Transforming Rural India (TRI) and the district administration in Ranchi.

GAME has been involved as Delhi Govt. begins Entrepreneurship Curriculum in 1000 schools; We have set-up a Sec 8 Company (with FCRA) and excitingly have our Advisory Board in place – our first members on-board include Ms. Anjuly Chib Duggal (Former Secretary, Dept. of Financial Services, Govt. of India), Mr. Ajit Rangnekar (Director General at Research and Innovation Circle of Hyderabad) , Mr. Debashish Mitter (Country Director –India, Michael and Susan Dell Foundation) Ms. Bhairavi Jani (Founder and Chairperson, IEF), Mr. Kuldeep Dantedwadia (Co-Founder and CEO, Reap Benefit), Mr. P.G. Raghuraman (Director, Junior Achievement India Services) and Mr. Murali Ramachandran (Director, Junior Achievement India Services). In April, we launched the most in-depth Study on Indian Mass Entrepreneurship to date- this is live on our website with details below. We announced a partnership with Facebook and the collaboration was launched at the Mass Entrepreneurship Roundtable in New Delhi on 16th April 2019. While we are excited by the developments over the last few months, we have already moved into our next phase of action and as defined by our core design principles, we will continue to be agile in both thought and action and look forward to sharing more exciting updates as the months unfold. We thank each one of you for continuing to show support and being an integral part of catalysing Mass Entrepreneurship in India.

We are delighted to have a contribution by Arun Maira (Former Member, Planning Commission) in this month’s newsletter.

“The idea of ‘Mass Entrepreneurship’ is an intriguing one. It evokes an image of millions of small enterprises rising up, with their own energies. Like millions of fireflies out of darkness bringing light and hope. Mass implies very many. Enterprise means initiative and energy. The aim of GAME is to encourage and to enable masses of youth to be entrepreneurial—to be ‘job creators’, not ‘job seekers’. As thousands of enterprises form, many thousands more enterprises must follow them—like swarms of bright, energetic fireflies. How does one apply the concept of ’scale’ in this vision? Not to the sizes of the enterprises. Perhaps to the size of the swarm. A prevalent idea in economics is that small enterprises are too weak to compete. That the problem in the Indian economy is that there are too many small enterprises, and too few large ones (the large job-creators who will need large numbers of job seekers!) In this view, there is a ‘missing middle’ in the Indian economy. Indeed, there is a ‘missing middle’. It is another layer of enterprises that enable the small ones to cooperate with each other, and to have greater economic clout even though they may be small individually. Clusters, cooperatives, producer companies can provide the missing middle for small enterprises to access global markets; have greater bargaining power to obtain supplies and finance; to share resources for training and environment services they can afford individually; and to have greater voice in the political economy, which otherwise is dominated by the demands of large enterprises… Read More

GAME and Facebook hosted the “Mass Entrepreneurship Roundtable”. The purpose of the roundtable was to bring together key policy makers & senior civil society/ foundation leaders for a discussion on creating a supportive environment & a strong ecosystem, to re-imagine the potential of job creation through Mass Entrepreneurship. We had over thirty eminent participants who shared both their thoughts and suggestions for moving the needle on Mass Entrepreneurship. Beyond a conversation, the group overwhelmingly indicated interest in collaborating with team GAME through this journey. Below is a clip from the Roundtable.

Team GAME visited the EDII center in Ahmedabad for an interesting workshop around entrepreneurship and explored areas of learning and collaboration.

GAME hosted a Roundtable- on Understanding Movements as we develop a Mass Entrepreneurship movement. The Roundtable participants were Runners for Life, The Ugly Indian, Voice of Sarjapura and Reap Benefit. The discussion offered insights into what makes a movement, what the barriers are and what helps scale.

Game was excited to launch its very first research resource- a study of Entrepreneurship Development in India which looks at non-profits, incubators, accelerators and public institutions that work directly in or close to the space of entrepreneurship. This study is a first of its kind attempt to summarize existing information for the ecosystem: to make data available publicly, highlighting strengths, challenges, and opportunities, which could serve to increase conversations & collaborations, and catalyze further development of this space.

At GAME, we believe in the multiplicative force of an alliance working towards a common goal. The landscape of work related to Mass Entrepreneurship in India has several actors involved, and we asked ourselves questions such as at what scale are organizations operating, which geographies are they largely present in, organizational and ecosystem challenges that need attention and much more. For more on the findings click here: http://massentrepreneurship.org/summary/

Facebook partners with GAME to scale up rural entrepreneurship

Stuck in Silos, India not yet GAME for Mass Entrepreneurship

The objective of this partnership is to ramp up job creation and to further empower entrepreneurs, in line with Facebook’s commitment to … Read More 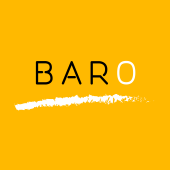